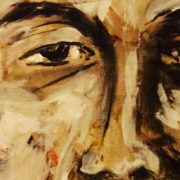 “I would wake up in the morning feeling sick to the pit of my stomach at the thought of going to work that day. I was gripped by anxiety and a dread that caught in my throat…”

Graeme (name changed to preserve confidentiality) came to the Life Design Lab to work with me 2 years ago. He felt he was at risk of losing his job as a senior executive in a large manufacturing company. Not happy at work but felt that he was not in a position to move, family obligations and financial commitments weighed heavily. He knew he was not performing well and was terrified of being told to leave with nothing else to go to.

Shame and guilt clung to him weighing him down. This was a visible thing, his shoulders were slumped and rounded, his head hung low and his skin a sallow greyish yellow. He complained about feeling washed out, very flat and low on energy.

It didn’t take long to turn things around.

A short coaching program very quickly turned this into relief and a feeling of freedom he hadn’t experienced since his youth. One of the things he recognised as contributing to his situation was his Phone-a-phobia, something that had grown to almost crippling extremes with the evolution of email and texting as a means of communication.

“Having to pick up the phone and cold call people had begun to cause me such angst that it was like having to swallow a wet football before I picked up the phone. The lump in my throat seemed to grow by the day as my phone-a-phobia escalated.”

Graeme had several issues that had helped to create this extreme need to avoid picking up the phone and talking to potential customers, they all revolved around a misalignment of his personal values with those of the company.

Beliefs can have great impact

Firstly he did not actually believe in the positioning of the product as a superior quality offering, he knew of the cost saving and short cuts being taken that resulted in both reduced quality and performance.

Secondly he didn’t believe the company cared for it’s workers or actively prioritised their safety. Graeme had seen both injury and a fatality in his career and was acutely aware of the price paid when safety was not made a priority.

“ I couldn’t bear the thought of someone getting injured on my watch. I probably should have left the company way earlier but I was too scared about how I was going to handle not getting paid a monthly salary.”

This was a clear misalignment with Graeme’s values that related to Family and Security.

“Every time I picked up the phone I felt like I had to steel myself to get into action.” 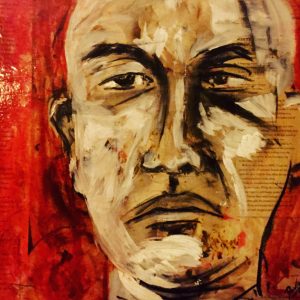 Are you being asked to compromise your values? How does that make you feel?        Original painting by Davia McMillan

He was working himself up to say something he didn’t truly in his heart of hearts believe. This in turn activated an autonomic nervous system freeze response.

Freeze is a natural nervous system response of the gut, closely related and in contrast to the flight/fight response. It is also no surprise that with freeze being a common response for Graeme he had also suffered years of weight gain.

Our gut is responsible for monitoring our safety and helping to either mobilise us or preserve us much like the old saying ‘caught like a rabbit in the headlights’ (FYI, all the rabbits I’ve sen lately and I’ve seen a few scamper pretty darn quick). You can learn more about how intelligent and useful your gut can be here. Gut instinct is more than just a saying, it can be a very powerful tool when understood and harnessed wisely.

Coaching helped define the problem and find the solution

Graeme’s gut had been giving him some very strong messages for a long time. During coaching we used some amazing new techniques that helped us to understand Graeme’s gut responses to certain situations and personal interactions.  Gaining insight into how these limited and impacted his ability to take actions also highlighted why he was unhappy at a deeply personal level as well.

Working together to uncover the many subtle ways in which Graeme’s core values had been compromised over the years, we were able to clearly articulate why honouring his values is vitally important to his health and his ability to do his job.

A coaching program tailored to Graeme’s personal situation helped him refine his understanding of his personal values, which prompted him make the courageous decision to leave the company and use his strong value proposition as a platform on which to build a very successful consulting business.

Two years down the track, Graeme is loving his life, and feeling great about walking his talk and he is not afraid to pick up the phone and tell people what good value really is.

“These days I speak with complete confidence about my services, I am proud of what I do and I am optimistic about my future.”

If Graeme’s story resonates with you in any way, please get in contact and we can discover what might be possible for you.