Exactly Two years ago to the day I QUIT SMOKING and today I TOOK UP EXERCISE! Both of these things are MASSIVE events in my life.

I have resisted exercise for years and if the truth be known it was probably because I feared not being able to breath in public and that I would look like a fool, playing in an arena where I just didn’t belong.

Today marks what I hope will be the beginning of many trips to my local gym. I have finally decided to close The GAP between the image of my ideal self that I have been attached to for years, and the self that I am actually committed to being. The best me that I can be that is.

The thing about an ideal self is that it is rarely based in reality. It is most often a concoction of images that have developed and merged over the years. Images that we have collected from the T.V. magazines and movies and subconsciously filed away as something we SHOULD be aiming for. Quite possibly if you placed all your required attributes together you would come up with one very strange alien like being.

Closing the GAP means a change in thinking about what is possible for me to achieve. It is based on what I am actually committed to, rather than what I might be capable of, if I work really really really REALLY HARD at it, and if I sacrifice many of the things I enjoy…like food! This change of thinking is a breath of fresh air, I feel alive with the possibility of creating something that will be sustainable, fun and rewarding

In Last weeks post I mentioned the success that my husband has had in the weight loss and fitness department. I mentioned that he had two things I just didn’t have (a realistic and sustainable vision of what was possible and a commitment to living rather than being thin.) But it turns out there was something else, something I just wasn’t quite ready to see just yet. Not ready, because that would mean I actually had to do something, to take some serious action, which is not the easiest thing to do when you are hell bent on resisting taking any actions at all (picture a chocolate eating couch potato here).

However all good things take time and we all have to work through stuff like this to discover our blind spots at our own speed. It took me a couple of days to work out that the third thing he had going for him, the thing that would make a real difference, was A PLAN. A plan which included stepping outside his comfort zone but with the kind of  support and structure that made a difference to it’s longevity and success. A plan which was based in real time and is measurable. His plan has seen him work with a personal trainer for over two years and when he shares his initial goal from the start of that time, it was to still be doing it in six months time, now that is a plan that is both simple and measurable! Since then his goals have shifted and become way more specific, but sustainability remains an objective and that is a goal I am willing to commit myself to also. 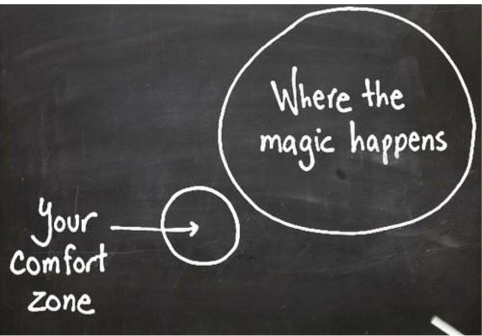 So …you might be curious to know … how did that first day at the gym go?

TOUGH! And GREAT! Andi (my trainer) made me sweat and hurt and I swore a fair bit. But I felt great and I pushed through some pain that I didn’t think I could, and I feel better for it. I am stronger than I think and I was pleasantly surprised by my core strength. I know I am going to feel it in the morning and probably for a day or two or three, but that’s great because feeling it will mean I am still alive…And so my “Fifteen weeks to Fabulous” begins in earnest  and I’ll let you know all about the searing pain and trauma associated with my post workout body somewhere down the track when I have recovered… 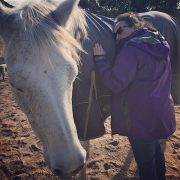 Free Rein – How a horse helped heal my anxiety 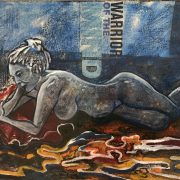 You don't have to be Famished to be Fabulous

Want to join the discussion?
Feel free to contribute!

You don’t have to be Famished to be Fabulous

Follow up on a Fools game.
Scroll to top